Our day out at Bokhali 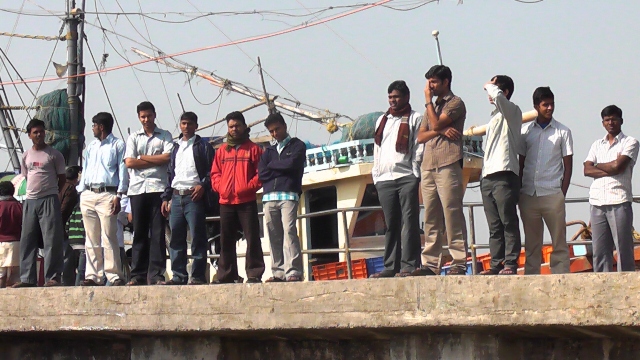 Dhyan Ashram community went out on a picnic to the beaches of Bokhali on February 9. It was a nice occasion for us to set aside our worries about study and work to enjoy a beautiful day God gave us. We were also joined by the Juniors, some of the fathers and our co-workers.

While on the way, none of us could shut our mouths for a second because our happiness and excitement were coming through our songs. The fathers who came with us tried to shut our mouths by giving us buns, bananas and eggs. But they increased our energy to sing louder than before. 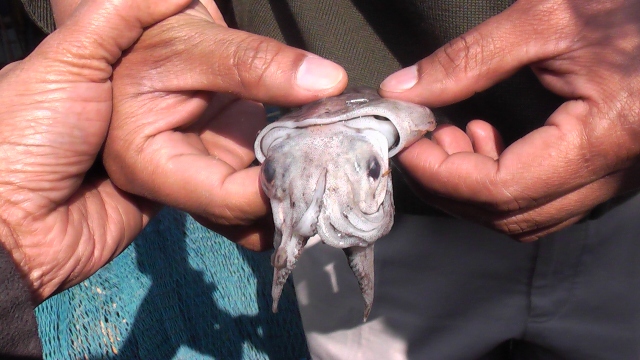 On the way to Bokhali, we had to take a ferry. We had to wait for a long time to get the jankar which would take the bus across the small river. In the meantime we had a lot to learn and experiment: the life and movement there with all the fishermen and vegetable vendors were exotic. Most of us saw a squid for the first time. After crossing the river, our old bus was going so fast that some of us were wondering if the tyres of the bus were really touching the road (we still took more than four hours to reach there!). As we approached Bokhali, some of us were very excited, especially those who had never seen a sea before. But after reaching there, we were a little disappointed because the sea was without any waves (we learned later that the ‘real sea’ was beyond the silt that stood about a kilometre away). 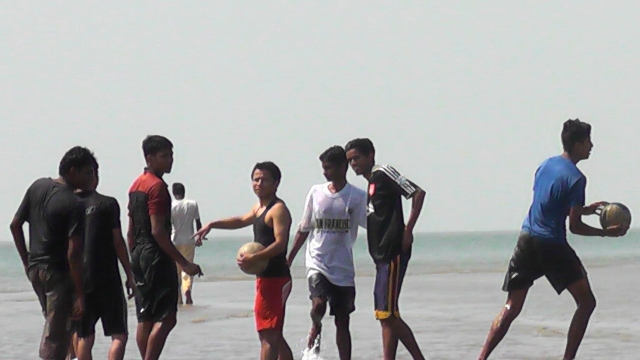 As soon as we reached the beach, we started games on the beach and in the water. Our games in charges had already planned out everything. At first we had a sweet volleyball match in the salt water. Some of us really tasted and saw that the sea water was salty. Those who hesitated to get into the water for fear of getting their clothes wet were thrown into water. We all had a lot of fun. After the volleyball match we were divided into two groups. One of the groups played a thrilling cricket match while the other group had an enjoyable ‘seven-stone’ game. By the time we finished our games our stomachs were growling. We had a delicious lunch in the company of many cows and dogs. As soon as the lunch got over we went to play cricket again. The cricket match was a golden opportunity for our co-workers to show how talented they were. For them the picnic was a time to forget themselves and relax a bit from their work.

Those who did not play walked beyond the silt to experience the ‘real sea’. Some were busy catching crabs. But it was hard work as the crabs never allowed themselves to be caught. In the meantime some of us set out for an expedition along the sea shore. Their expedition was very fruitful because they came back with different kinds of fish, including some star fish which were washed up on the shore. 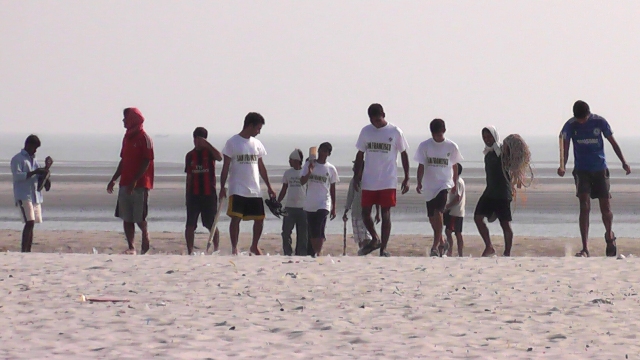 By the time we finished our games we were very tired, and it was time to return. We left around 3.30 pm, with hearts full of unforgettable memories of Bokhali. While coming back most of our friends showed how innocent and harmless they are (when they are asleep!). But there were some merry makers to spoil others’ sleep and others who had not yet used up their singing energy. Once again our bus driver proved that he was not only a good bus driver but also meant for ‘higher and loftier’ vehicles. With God’s grace and blessings we reached home safely. As we all got down from the bus our hearts were looking forward to another picnic like this.
Posted by Sajeev at 20:37

Novitiate is the stage of religious formation where a young novice learns the spirituality and way of life of the religious order, discerns a vocation to it and undergo a rigorous training. Dhyan Ashram houses the Novitiate of the Calcutta province of the Society of Jesus. The young novices undergo two years of formation here, which includes various outdoor experiences. This blog contains reflections and reports by the novices at Dhyan Ashram.